She has been racing for over 40 years and still rides every goddamn day. 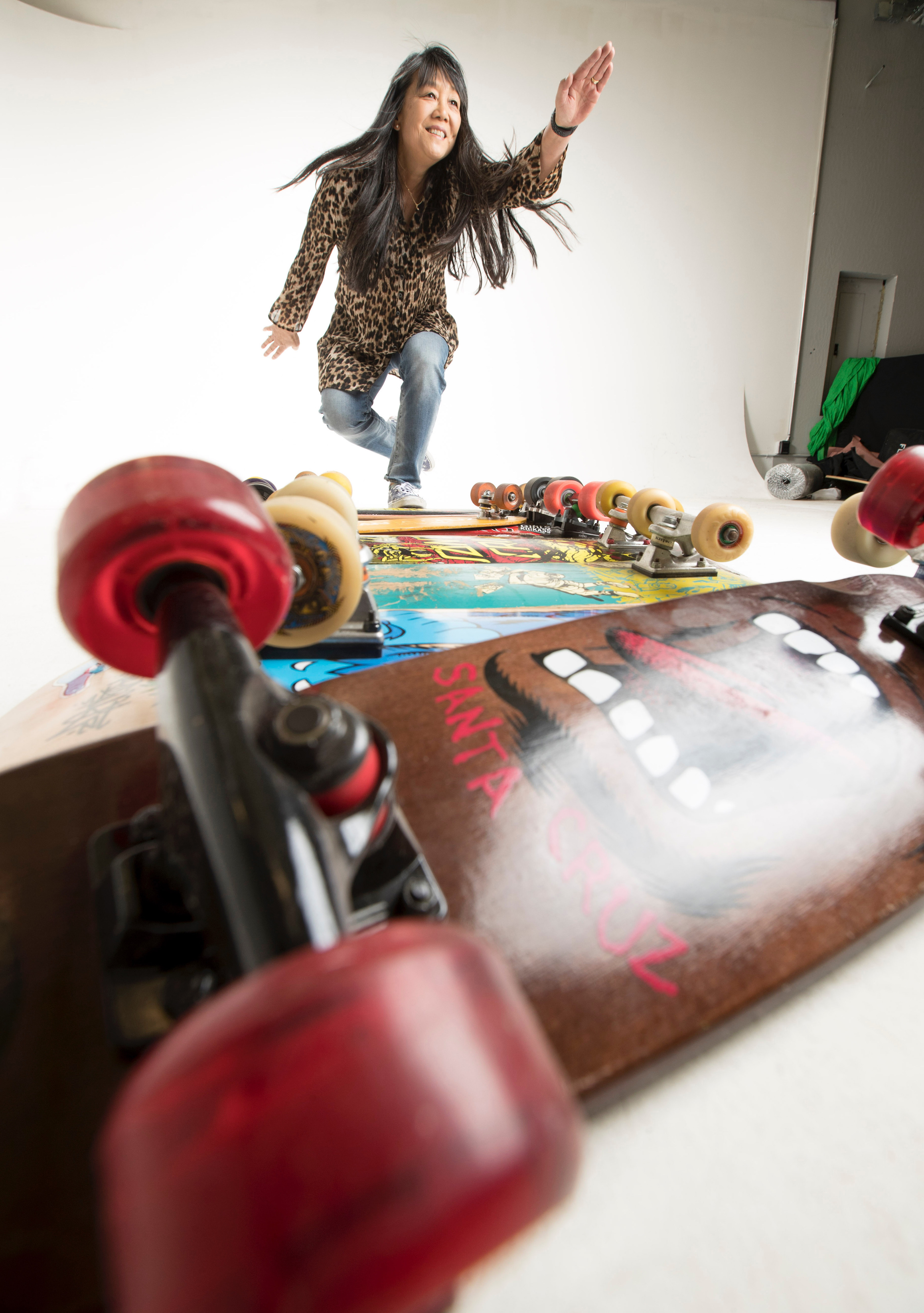 Born and raised in Santa Cruz along the north coast of California, like many skaters Judi Oyama started skating on her driveway at 13 on a homemade board her brother made in wood shop. A few years later she entered her first slalom race, promptly crashed but kept on racing that day bloody elbow pad bandages and all. She was beyond stoked. Within a few months, she began training with World Champion John Hutson at first watching and then joining him during practice as he prepared for racing downhill competitions. In 1977, she was the only female in the inaugural Capitola Classic and finished 8th. The night before the Capitola Classic Tony Alva was at NHS and asked where he could go practice. “We went to a remote winding patch of clean Norcal roadway and shot the 3 entire mile run from the very top. When they got towards the bottom TA turns around and was surprised that I was right on his tail. He flashed me a grinning nod of approval. That moment has kept me racing to this day.

Her best race was my most recent one – the N-Men hosted a Super GS Downhill in Nevada City bringing out downhillers, vert riders and veteran slalom guns – she dropped off a 10 foot starting ramp, and crossed the line at 37mph after a 44 second descent Cemetery Hill – her response, “It feels pretty effing good to be charging at 57!

Judi is a creative director at CrossFit headquarters and is married to mountain bike racer Greg Foy. They have two boys Taylor and Ryan and they live in Aptos a small town in Santa Cruz. 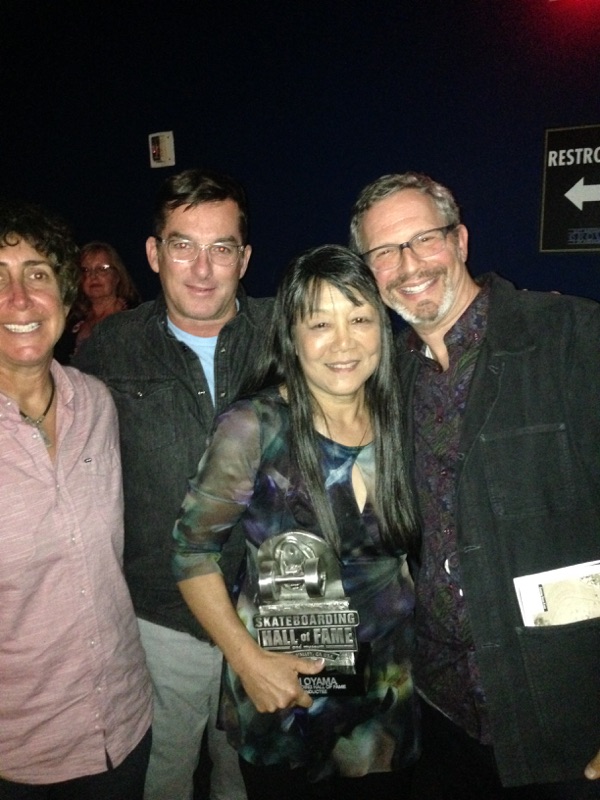